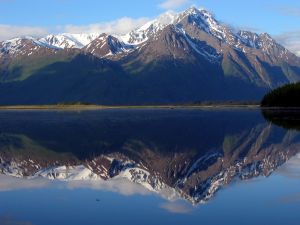 Hello, hello, hello! In today’s AllCampgrounds blog, we cross another state off our list by zooming out to the frozen tundra of Alaska!

Now, unless you’re an Eskimo, your goal will probably be to camp in what passes for summer in this icy region, but rest assured there’s phenomenal natural beauty for you to enjoy when you do.

There’s also some of the greatest trout fishing anywhere in the world.

END_OF_DOCUMENT_TOKEN_TO_BE_REPLACED

Camping Safety: Bears and You

All campsites should be set up with basic animal safety in mind, but if you’re tent camping in bear country, you need to be aware of some important precautions. Though bears are surprisingly gentle creatures, the American black bear can be six feet long and close to 500 pounds – and they’re the smaller ones. Also, not all bears hibernate, so camping in the winter is no guarantee your camp grounds can’t be visited by a bear.

END_OF_DOCUMENT_TOKEN_TO_BE_REPLACED

Part of the camping experience involves other outdoor activities. Though we are nearing the end of the winter season, Ice Fishing is still an activity that campers may enjoy in many backcountry areas. Many state parks have lakes that are great for this also. There are of course rules and regulations that must be followed. Check with your state for the correct rules and necessary licensing. Other than that there are some basic safety rules that should be followed.

END_OF_DOCUMENT_TOKEN_TO_BE_REPLACED

What To Do When There Is Lightning 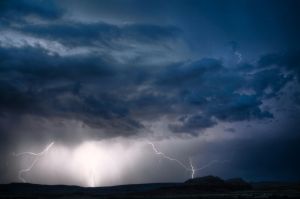 Lightening is beautiful and fascinating, but it can also be deadly. The National Weather Service estimates that there are 100,000 thunderstorms in the United States each year, and lightening is present at each and every storm. In fact even though we were all told as children that the sound of thunder was God bowling or some such story, it is actually the sound produced when a lightening bolt causes the air around it to expand and contract with an immense force.
END_OF_DOCUMENT_TOKEN_TO_BE_REPLACED
Comments (0) 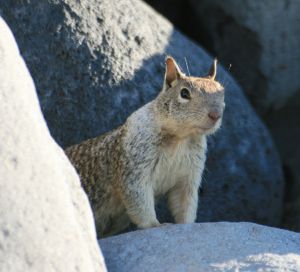 A few years ago, right before we went on our annual camping trip, the news was full of stories about children getting attacked by bears while they were camping. In fact there seems to be an up rise in the occurrence of bears attacking people over the last decade. The really scary part is that several of these attacks did not take place in the backcountry wilds, but in established camping areas, parks and other recreational facilities. I will admit that I was particularly diligent the first night and slept with one eye open. Fortunately nothing larger than a chipmunk hopped up on the sugar from a stolen Oreo visited our camp.

END_OF_DOCUMENT_TOKEN_TO_BE_REPLACED 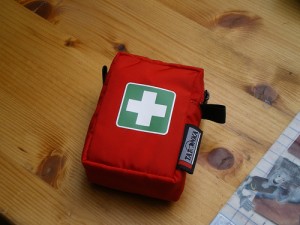 Most camping trips include some kind of minor injury. This may be a scratch, burn, sting, or some form of bump or bruise. Occasionally the injury is more severe like a sprain or broken bone. Most campgrounds may have some type of first aid station, but it is not always necessary, or practical to make the trek if the injury is small. Anyone can treat minor injuries with some basic supplies. Make up a camping first aid kit for your next camping trip and be prepared. This is what you will need:

There are other items you may include such as a basic first aid manual, waterproof matches, safety pins, antacids, nail clippers, hot and cold packs and even a cell phone to call 911. Prescription medication can be kept for those that need it and snake bite kits and or Epi-Pens should be included if necessary. All of the items should be stored in a waterproof container. A plastic toolbox or tackle box is ideal.

Remember to change Band-Aids or bandages and check for infection, which can occur quickly in damp most environments.

If the injury is more severe like a broken bone, a bad burn, or a deep cut that may require stitches head for the first aid station or nearest medical treatment after administering necessary first aid such as immobilizing the arm or leg, or cleaning and covering any open wounds after any bleeding has been stopped.Any bites from wild animals also require prompt medical attention to evaluate the risk of exposure to rabies.

Meeting a Bear in the Smokies: What to Do

With the Smokies in my backyard, I know how easy it is to stumble upon a bear’s domain. It’s so important that guests in the Smokies understand that the mountains serve as the home of the bear–and the bear looks at humans as the intruders, not vice-versa. If you are camping in the Smokies, you should know that bears in the Park are wild. While they may look cute and cuddly, they aren’t. It’s true that bear attacks in the Smokies are rare, but they have occurred. If you cross paths with an angry bear, here are some guidelines that can help you stay in control and come out alive.

Do not approach any bear that you see. If you see a bear and he stops what he is doing, the chances are high that he has also seen you. This means that you are too close. Slowly start to back away from the bear while keeping an eye on him. Put as much distance between you and the bear as possible. 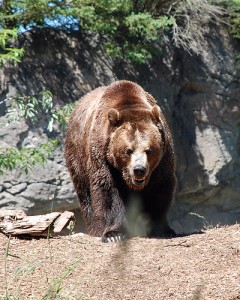 If the bear starts to follow you, but he isn’t acting aggressive, change your direction by walking backwards. If the bear continues to follow you after you’ve changed your route, stand still. If he continues to come closer, begin shouting at him. Act as aggressive as possible. This has been known to intimidate bears and make them run off. The most important thing you can remember is to never run or turn your back on a bear.

If the bear is still trailing you, make yourself seem as large as possible. You can do this by moving to higher ground, or standing on something such as a large rock. If the bear continues to approach after you have tried to intimidate him with your voice and acting large, begin to throw non-food objects at him. This can include rocks. If possible, find a large stick to hold. It can help you fight off the bear if he should continue to approach.

If the bear begins to act aggressive and you have food on your person, the chances are very high that he smells it. Drop the food, back away, and put as much distance between you and your food as possible. Many times the bear will stop focusing on you, stop at the food, and start investigating it.

If the bear ignores the food and continues to come after you and you are physically attacked, fight back as much as you can. Use anything you can to fight off the bear, like large sticks and rocks. Scream and holler at the bear. Make as much noise as possible. Not only can this scare the bear, it can also alert others to your predicament.

While bear attacks in the Smokies are somewhat rare, they do happen. During the summer of 2008, a child was attacked by a black bear in the Smokies. His father fought him off, the child ran away, and the bear followed and attacked the child again. After taking a severe beating from the father, the bear eventually ran off. The bear was tracked and found by park officials and put down.

Knowing what to do in the event of an attack can help you survive. Remember, never turn your back on a bear, and if it comes down to it, fight the bear with everything in your power. Heeding these two tips can mean the difference between life and death.

Stay Safe While Camping in the Smokies 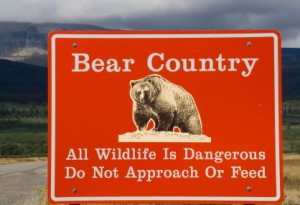 The various safety signs you’ll see throughout the park are posted there for a reason — to keep you safe. If you’re smart, you’ll be mindful of these signs when you see them. If there’s a sign telling you not to climb on the waterfalls — you shouldn’t climb on the waterfalls. No one is out to spoil your fun; officials just know that some of the rocks may be covered with moss or algae which could cause a person to slip.

If you are hiking, you should make sure everyone in your hiking party has proper attire. Weather can change rapidly in the park. You may start out with a cool morning, have a hot afternoon, and then a cold chill can quickly descend on the mountain as night falls. Before you head out on any hiking excursion, make sure you know what the weather is expected to do so you can prepare for it. At the very least, everyone should have a weather proof jacket and a supply of food and water.

You should also watch out for poison ivy, ticks, chiggers, and snakes in the mountains. You shouldn’t let your children wander too far ahead on trails because they could step on a snake. They shouldn’t be allowed to roam alone off of a trail, either. Poison ivy is plentiful in many spots, and a bad case of poison ivy can put a damper on your vacation. To cut down on bug bites, ticks, and chiggers, wear long pants and use bug repellent when hiking. Be sure to check everyone for ticks and chiggers each night.

Following these tips can ensure that you and yours enjoy your trip to the Smokies.